Have you ever tried to make folded money gifts? Check out this easy dollar bill origami and learn more about origami money folding.

With graduations and Father’s Day right around the corner, many people are trying to figure out what the perfect gift is. I don’t know about you but buying things for my Dad or a teenager rates right up there next to impossible. Their tastes are so vastly different than mine is that I generally have no idea what to get them.

Want more designs? There are 30 different designs in this book from Amazon! I generally go with a gift card to somewhere they like to shop but honestly, that can backfire. They may not want something right now from the store you’ve chosen a gift card for. They may want something from a different store or they may simply prefer cash to put toward upcoming expenses. 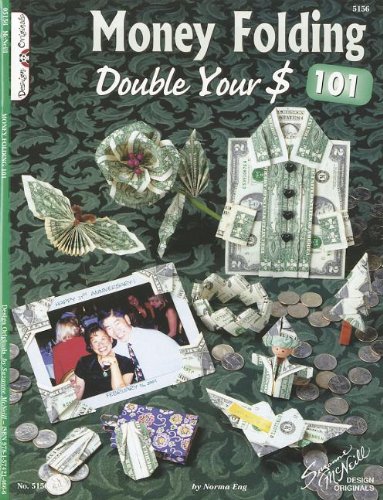 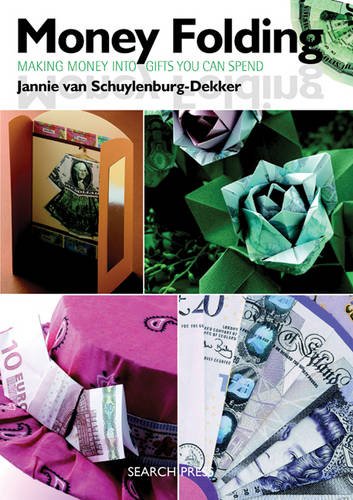 Money Folding: Making Banknotes into Gifts You Can Spend 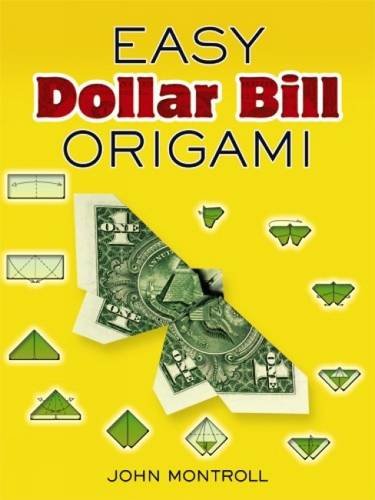 Here are a few simple tutorials to get you started. All you need is a few dollar bills although you may want to use removable glue dots to help it stick together. Don’t worry, it won’t damage the money.

Paper folding is based on origami, the ancient Japanese art of folding paper. Today, we use the word origami to refer to any type of paper folding whether it originated in Japan or not. The best-known origami fold is the paper crane which I’ve been making for several years and is simple enough for a child to make it.

If you have a child that’s interested in money folding gifts or origami in general, there are a number of cute origami kits for children that include easy to follow diagrams and brightly colored papers.  This is a great beginner origami kit that includes papers, stickers, and projects.

With traditional origami, you start the paper folding projects with a square piece of paper. Unlike regular origami, when you make folded money gifts, you start with a rectangular dollar bill. So, while these projects use origami folds, the techniques are slightly different.

If you’ve enjoyed these tutorials, you may want to try a few other origami projects. How about making a set of origami boxes or an origami butterfly? I’ve been doing origami for years, and I really enjoy it. Once you’ve mastered that, you may want to try teabag folding or quilling. There are quite a few different types of paper folding crafts that you can teach yourself.

What types of paper crafts do you enjoy most? Have you ever tried to fold money before?