This is a sponsored post written by me on behalf of Fresh Step at Target. All opinions are 100% mine.

If you have multiple cats in your family, you’re probably wondering how to keep your litterbox from overwhelming your home. I know that this can be an issue in my home with three cats even though we are very careful to clean it regularly. No one likes opening the front door and being able to smell the cat box odors. Before I had cats, I used to think that cat odors meant the litterbox wasn’t being kept as clean as it should be. Now that I’m a cat owner, I know that even if you scoop the litterbox after each use, you’ll probably be able to notice cat odors in your home. Don’t give up because there are ways that you can minimize the odors from your cats and their litterbox with these tips. 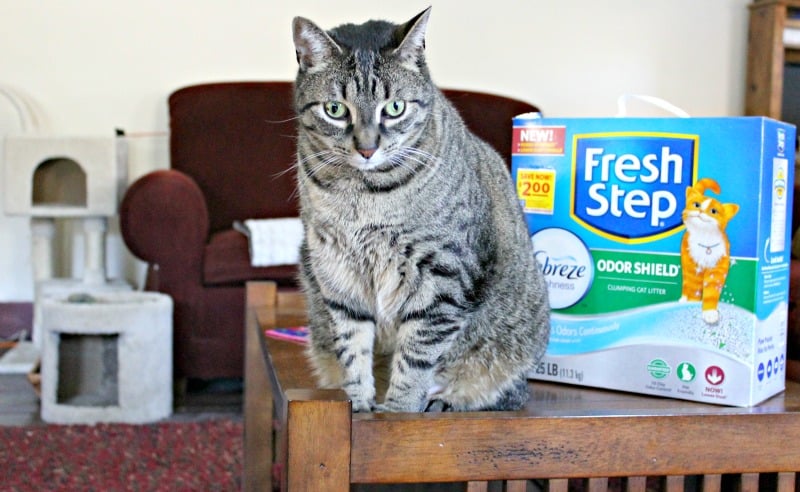 How to Keep Your Litterbox from Overwhelming Your Home

The important thing to remember when dealing with litterbox odors is that consistency is important. You need to follow these tips regularly to notice an improvement. Following them for a day or two and then stopping will only help so much. Create a routine where you follow these tips every day and you’ll soon notice that there are fewer times you notice cat box odors. From March 6th to March 12th, when you buy two Fresh Step® with the power of Febreze™ Available at Target, you’ll receive a $5 Gift Card. Learn more today.